The students can explore a wide range of possibilities between classical animation techniques to any form of expression. They are highly encouraged to combine the specifics of different media into their projects.

Besides providing the students with basic knowledge of animation techniques, we introduce historical examples of animation and interesting current productions.

We also try to keep an eye on other media, to give the students a wider range of aesthetic knowledge and to give them other tools for creativity.

In our courses we look at the obvious links to film language, but also at the influence of dance, theater and sometimes architecture.

– Full time faculty at the California Institute of the Arts

– Faculty at the Academy for Television in Halle, Germany

– Full time facultaty at the Academy for Media Arts Cologne

No movement without space, and no space without movement.
Central theme of this lecture is the relation between characters and space in animation.
Cinematic space is not only the basis for any kind of movement, but determines motion, may take an active role in the narrative, can take the main part in the plot and content, or even be the subject by itself.
We will look at different aspects of the relation between space and figures in animated films, mostly by showing and discussing examples of animation, but also including live action and theater.
We will look at different forms of appearance and techniques in animation.  We will discuss staging and composition as important parts in visual storytelling, and we will look at the characteristics of acting of animated characters.

FORM
By showing examples of line drawing, flat- and three dimensional animation, we will try to clarify the characteristics of each technique and their particular ability to convey content.

STAGING and COMPOSITION
How can space help to enhance the character’s present situation, how can the audience get more involved and develop empathy for the protagonist?
We can show several examples of animation, live action films and theater, where architecture, composition and lighting have a direct influence on the perception of the protagonist.
It is the “world” around the characters, that communicates to the audience, has a strong influence on our mood, and can convert us to biased viewers, perceiving the action in a certain way, forged by the director, resp. the art director.
We will differentiate between the merely physical space, the psychological, the political and the surreal. Examples of all categories will be shown and discussed.

ACTING and SPACE
A figure, a character, acting on a given stage can take every thinkable form, from realistic depiction to any exaggeration and alienation.
The latter, both exaggeration and alienation are typical for many forms of animation. This goes for the look of the figure as much as for the movement. Both form the personality and the character.

We will show several examples of animation or live action films, where motion, composition, special manipulation and architectural paradox have a direct influence on how we perceive to current psychological situation of the protagonist. 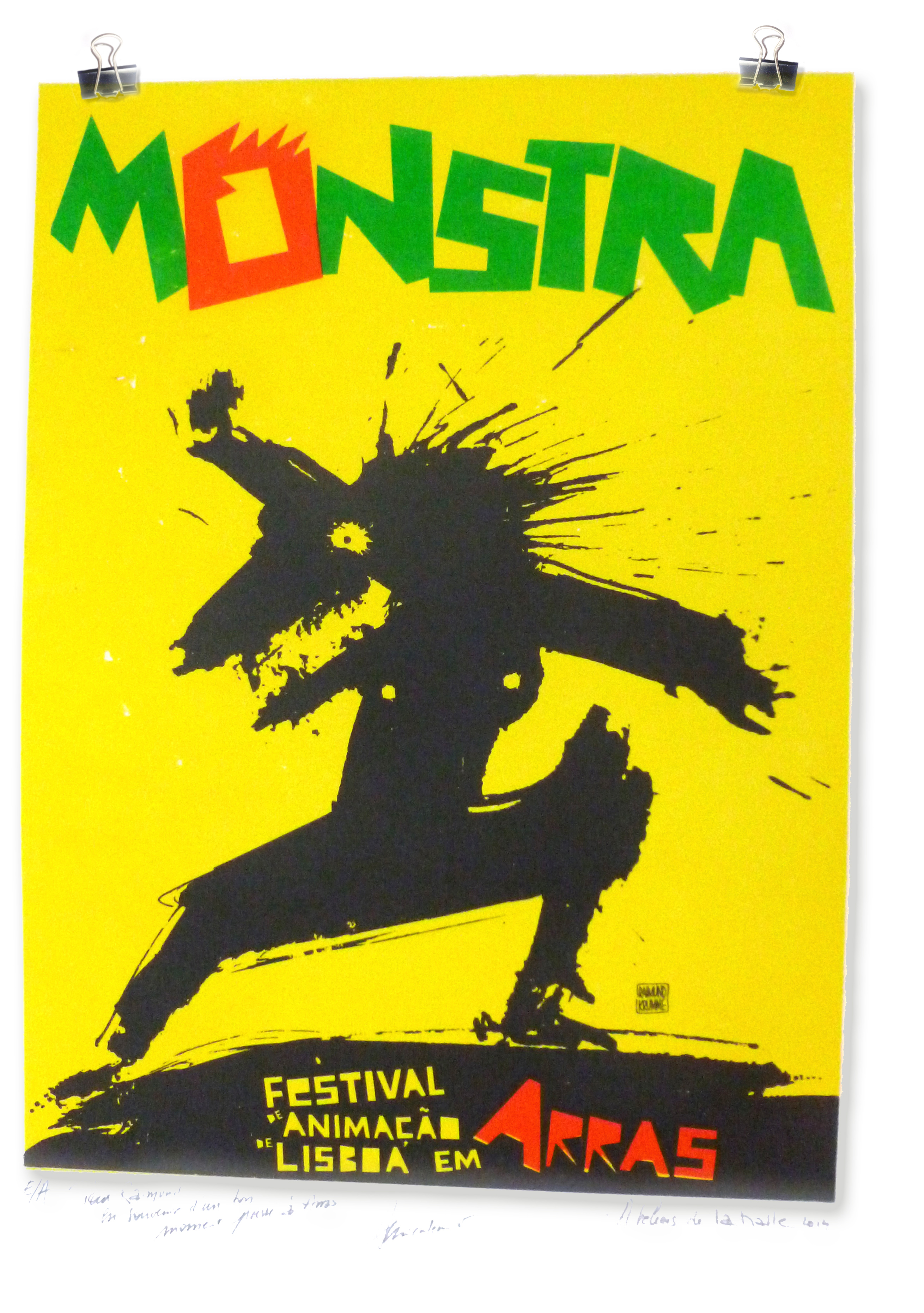 based on the Festival Poster